Home  >   >  Lighting Market In Advance To Pick Up

Lighting Market In Advance To Pick Up

Guangdong  price index official website released the latest Guzhen lighting price  index monthly assessment said that in July this year, although the  overall lighting price index in June fell slightly, but the momentum is  still strong, to maintain the trend of high volatility. Into the first quarter of the third quarter, the price index than the  previous two quarters, the overall level has risen, indicating that the  lighting market inertia to enter the final stage of seasonal adjustment,  this year the market sentiment warm relative to the same period last  year, and signs of early warming.

Commercial lighting series as a whole "shock stabilization" trend, for  two consecutive months to become the backbone of pulling the overall  index rose.

Outdoor lighting index trend in July is still a relatively large ups and downs of change, the performance is very active. The  demand for outdoor lighting products from the bulk purchase of  engineering orders, a wide range of applications, higher gross margins,  and promote the downstream demand for LED industry continues to popular  LED lamps to replace the traditional street lights growing cities,  national and regional policies Promotion  and subsidies continue to be launched, to promote the series index for  nearly three months of continuous rise, but also the series of products  market demand is gradually increasing the inevitable result. Analysts believe that the recent market demand for outdoor lighting products is relatively stable, or a slight rise.

Lighting series momentum is still strong, to maintain the trend of high volatility. From May this year, the real estate market began to heat up, but also  for the real estate industry is closely related to the development of  lighting lighting industry, lighting products, supply and demand laid a  solid foundation.

The  analysis, said light source products in the next period of time,  although fluctuations, but the overall or to "stabilize" the main, or a  slight increase in space. 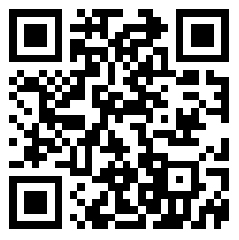